Mr Eazi Has Taken Over 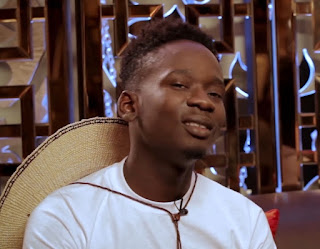 Zaggah that!!! Mr Eazi has taken over
Apparently Mr Eazi has taken over,we all know that,his songs are on almost everybody's playlist,I personally got some of his tracks on a steady repeat,like back to back!! well this quick post is for y'al ,especially for the thousands of many blissfully ignorant female fans that think he is Ghanaian.

Oluwatosin Oluwole Ajibade was born in Port Harcourt city,he is an AfroBeat singer,known professionally as Mr Eazi.
--
---
Mr Eazi is a performing artist signed to Wizkid's StarBoy Worldwide,Mr Eazi has collaborated with famous names in the Ghanaian music industry,such as Sarkodie, Efya,etc.In 2016, he was controversially excluded from the annual Ghana Music Awards because he's not a Ghanaian citizen.

Mr Eazi announced in January 2016 that he would release in July his first studio album, entitled Life is Eazi. He has released some hit tracks which include

Mr Eazi makes good music look Eazi, what do you think about some of Mr Eazi's tracks that you have listened to?

Charle drop your comments below.