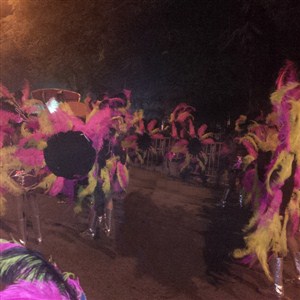 The annual Calabar carnival event date has been scheduled to start on the month of December 2022.


The latest Calabar news on Africa's biggest street party is that 2022 carnival is going to be on another whole new dimension and level as the current governor of Cross River State is taking steps to ensure that everything works according to plan.
The Calabar carnival remains the biggest street party in Africa for 16 years.

Fans of the Calabar Carnival could not attend the carnival as it was suspended in 2020 and 2021 due to the spread of COVID-19 pandemic and the Omicron variant of COVID-19.

The good news is that the carnival is back and better,the organizers of this event has decided to expand the brand and development,the competing Carnival bands at the event have been increased to seven,with the Introduction of two new bands namely: Calasvegas and Diamond Carnival bands to add to Seagull,Bayside,Passion 4,Freedom and Masta Blasta Bands.

The 2022 first Carnival Dry Run would kick off in October,the second one in November and the third one in December with the final Calabar Carnival on the 28th of December 2022.

The Bike Carnival is most likely to take place on the 27th of December 2022,other interesting events to look out for include performances by local artists,stage plays,

Calabar City 'canaan city' is the capital of Cross River State in South Southern Nigeria.The original name for Calabar is Akwa Akpa from the Efik dialect.
Calabar has been described as the state that has the highest tourism attraction spots in Nigeria and hence has been tagged the 'The peoples paradise' because of its natural wonders and beautiful landscape.

SHORT HISTORY OF THE CALABAR CARNIVAL

Calabar carnival was first introduced by the former governor of cross river state Mr Donald Duke in 2004 with the aim of harnessing the potential of the locals in cross river and also for the locals to gain economically.

Most of the tourist spots in cross river state was created during the tenure of Mr Donald Duke making Calabar and Cross river state the pride of Africa and Nigeria as long as leisure,tourism and hospitality is involved.The first set of bands formed to perform at the carnival was

some international artists has graced the occasion,hip hop artists like Nelly,Fat Joe,Young Jeezy, also many Nigerian and African celebrities always take part in the fun event.

The 2015 11th edition attracted so many international carnival performances from over 15 different foreign bands around the world.The arrival of the famous vai vai samba band of Brazil aka ''Terra Da Garoa Sao Paulo Brazil'' added so much flavor to the occasion.
--
---
Also carnival performers from other countries did not disappoint,they all lived up to our expectations.

Another high point was the power bike carnival event that was held a day before the main carnival event,that thrilled tourist,Kudos to the present Governor Prof Ben Ayade.

hopefully 2021 Calabar Carnival will be bigger and better.

The present governor of cross river state recently inaugurated the 2016 dry run to signal the beginning of the biggest African street party.

The governor prof Ben Ayade disclosed the theme of the 2016 carnival to be climate change-BIGGER,BETTER,BOLDER,he also laid emphasis on the opportunity the carnival has given to the  young and talented thereby enabling them to showcase their talent by showcasing creativity.

The 2016 carnival will be the 12th edition of Africa's biggest street party.
The Calabar Carnival is expected to attract over 50,000 tourists and visitors from around the world.
This years edition  will comprise of five bands namely seagull,master blaster,passion 4,freedom band and bayside and each of the band will be performing and aiming to be crowned the champion of the 2016 Calabar carnival.

I am a fan of the Calabar carnival and I and my friends visit Calabar every December to experience the carnival and re-visit some of our favorite tourist spot.

I have kept tabs on the Calabar carnival,so if you are thinking of coming to Nigeria for the carnival or you already live in Nigeria,here is my own summarized and briefly detailed analysis of the Calabar carnival and some other tourist spots I have visited within four years in Cross River State.

Calabar,Cross River State is one of the most beautiful states in Nigeria,usually Calabar is a smooth going urban city,with little or no traffic at all,making movement in the town easy.

Nobody likes being stuck in traffic,Lagos traffic can literally make you lose your mind,I hate traffic because I love to multi task and drive around the city.

If you are like me then you will certainly like Calabar,because of its laid back calmness,serenity and easy flow of traffic,however during the carnival period the movement will still be normal but with a slight increase in the level of traffic,apparently because of over 50,000 people coming into the city to experience the carnival.
--
---
The city's climate is pretty much normal through out the year.Tropical but temperate in the north eastern fringes,with dry and wet seasons,making Calabar an ideal get away place to enjoy the holiday season.

Its major languages include
Also calabar is also famous for their beautiful and attractive ladies, endeavor to taste their local dishes and soups like
Calabar has a population of about 2.89 million,its major towns include

When you arrive in Calabar,there are some major attractive tourist spots and that you should definitly check out,listed below are some of them.

These are The major tourist spots in Calabar main city as far as I am concerned, as for those who still want to explore the natural wonder and beauty of this state,they can take a road trip to some of the other awesome natural tourist spot in Calabar. 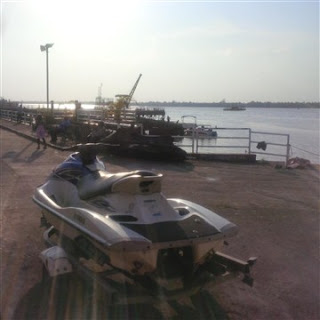 If you are a tourist and you enjoy coming to Africa and has by passed the splendor and natural beauty of Calabar and Cross River State then you haven’t really been to Africa.
--
---
If you are looking for a location with amazing and breathtaking natural view and spectacular wildlife,amazing dishes and friendly people,then Cross River awaits.

The trip from Calabar City to some of the exotic spots in cross river takes between six to eight hours by road,though the road condition is not that good,but you can make the trip and arrive on time. 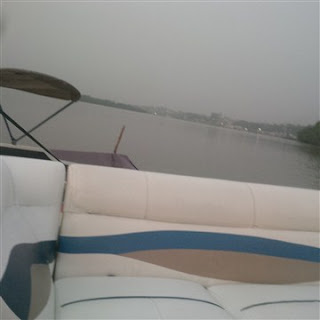 Location of tourist spots that are outside the city of Calabar,but are within the Local Government Areas of Cross River State.

There you have it,this is my personal summarized list of the location and the tourist spots that I had visited and had most fun for the past four years,don’t forget to explore some other new places and spots.

If you have a question,you can send an email to hottvibesmedia@gmail.com and I will respond as fast as i can,don’t forget to attend Africa's Biggest Street Party at Fiesta Marian Road Calabar,travel safe and enjoy your holiday.