8 Facts Phyno Is Hiding From You,No 4 Will shock You 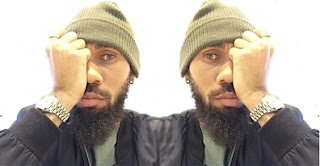 The Beast from the East Phyno.


You might know him as Phyno,but the truth is that most Phyno fans don't even know some basic facts about one of Nigeria's best rapper that has been a force to reckon with in HipHop and Rap music in Nigeria.
--
---
Phyno's songs are banging in Nigeria and out of the shores of this country.
This man has paid his dues,he is also one of Nigeria's best rapper,when you mention the top five Nigerian rappers,Phyno will be in the list

Exposed! 8 Secrets Phyno doesn't want you to know,no 4 will shock you.

Ok,lets cut to the chase!

Listed below are 8 facts you don't know about Phyno Fino.

Apparently there is no way any  African parent will name their male child Phyno,mixed with the fact that they are from the eastern part of Nigeria.

Phyno's real name is Chibuzor Nelson Azubuike,He got his stage name Phyno from the word 'Phenomenal'.

Phenomenal was a nick name given to him by one of his Secondary School buddy named Emeka.
--
----
Phyno developed an interest for music production during his secondary school days. He initially wanted to become a pilot, but was told that he could be a doctor.Throughout high school, he learned to play drums and piano.

Growing up in a typical Nigerian family,Phyno wanted to pursue a different career, initially he wanted to be a Pilot,when he was later asked in an interview what he would have pursued as a career if he wasn't a rapper?

He response was ' I would have probably owned a shop',I wonder what kind of items Phyno will be selling in his shop o!

Phyno learned to create his own style of Rap Music.
--
---
The fact still remains that Phyno's rap game is top notch,he made rapping in the ibo dialect look cool,there were other veteran igbo rappers before he was discovered but non of them really took igbo rap music to the next level, Ezege did that!

Three years ago there were rumors that Phyno has a baby mama named Rita Edmond.

Phyno in an interview with The Punch Nigeria newspaper denied the allegation.

When it comes to entertainment, most popular entertainers don't really have time for education or weren't rich enough to afford an education before the fame.

Phyno studied public administration at the Institute of Management and Technology (IMT) in Enugu State.

Many people Think that Phyno is from Enugu state all because he lived and grew up in Enugu State the coal city aka 042.

The truth is that Phyno is actually from Awka in Anambra state.
He is the fourth child out of 5 children.