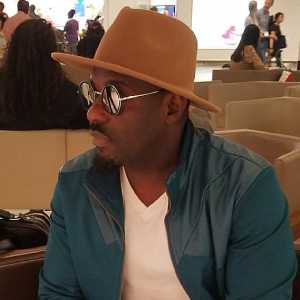 Nollywood is a multi million naira industry and definitely one of the biggest in the world,actually its the third largest.

Some talented actors however has found fame and money through the Nigeria movie industry.

They are not only famous they are also rich with a lot of money in the bank,this article quickly runs down the list of the richest nollywood actors in Nigeria this year.
--
---
Without wasting time,lets get down to business.

Hands down the richest nollywood actor this year.
RMD as he is popularly called was a former Nigerian journalist and publisher.

He has also featured in many high grossing nigerian movies
He has also won numerous awards and accolades.

Jim Iyke born James Ikechukwu Esomugha is a seasoned  Nigerian actor and singer-songwriter.
--
---
He is one of the most popular and sought after actors in Nollywood.
He has earned a lot of money from acting and has featured in over 150 films.

He makes his money from acting, endorsements.
He is also a savvy business man.

Funny veteran actor and Nigerian comedian Nkem Owoh better known as Osuofia is one of the pioneers of comedy movies in Nigeria.

He has been hailed as the king of comedy and has been in the nigerian movie industry for many years.
Some of his popular movies is the 2003 movie titled Osuofia in London.

A new entry into this list is Okechukwu Ukeje, known as OC Ukeje.
--
---
He is a Nigerian actor,a model and also a musician.
He came into the limelight after winning the Amstel Malta Box Office (AMBO) reality show.

Currently he is one of the most sought after actors in Nollywood and he is also one of the richest.

Chinedu has won many awards and is regarded as one of the top 10 richest actors in Nollywood 2018.

Nollywood Famous actor Osita Iheme popularly known for acting the role of 'Pawpaw' in the film Aki na Ukwa alongside Chinedu Ikedieze.
--
---
He is also a Lifetime Achievement Award at the African Movie Academy Awards held in 2007.
The petit actor is also one of the richest actors in Nollywood.

Ramsey was once the hottest nollywood actor some years back.
Ramsey has been in the movie industry for a long time and has starred in some movies like Battle of Love, When Love Dies, Dangerous Twins,To Love an Angel, A Private Storm, and The Figurine.

Mr Nouah is still considered to be one of the most sought-after and well paid actor in Nigeria.
He is the 7th richest nollywood actor in 2018.

He is a politician,he is a movie producer and also he is an actor and his name is Desmond Elliot.

--
---
Coupled with producing blockbuster nigerian movies and also being a politician,Desmond is one of the richest nollywood actors in Nigeria.

Desmond has featured in more than 200 movies.