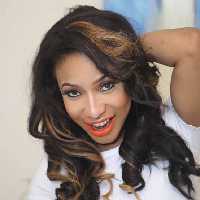 Mention her name and you will definitely receive all kinds of response.
Tonto Dike is a Nigerian born actress that has starred in a couple of Nigerian movies.

--
---
This post contains some quick facts about Tonto Dikeh,her Biography,Husband,Wedding & Movies she has starred in.

1. Tonto Dikeh released a much rather criticized musical singles in 2013.

2. This beautiful sultry actress is known for her daring roles in Nollywood.

3. Tonto Dikeh was born Tonto Charity Dikeh on the 9th day of June,1985 in the Ikwerre part of Rivers State.

4. She lost her mum at the age of three, and was raised by her step mother and father.

5. Tonto has seven other siblings.

6. She has publicly shown deep affection for her step mother several times, and according to her she is the "best stepmother in the world".

7. Tonto had her primary and secondary education in Port Harcourt, Rivers State, and later moved on to the University of Port Harcourt where she Petrochemical Engineering.

8. In 2005 a much younger Tonto Dike took part in a reality Television show titled 'The Next Movie Star',this was actually what put her in the limelight,although she finished as the first runner-up on the show,her performance at the show paved way for her,as she was offered a part in several movies after the show.

9. The movie ‘Holy Cross’ was her breakthrough movie,as she was given the opportunity to be the lead actress in the movie.

Recommended: Wizkid Biography -13 Secret Facts You Never Knew About Him

11. It was a phase in the Nigerian Entertainment Industry where everyone especially actors were trying to explore their other talents,Tonto however decided to join the band wagon,she released two singles titled ‘Hi’ and ‘It’s Ova’ featuring Snypa,and once again the songs received mixed reviews with a lot of people telling her to stick to acting movies.

12. In 2012 Nigerian Musician Dbanj signed Tonto Dike on to his record label, DB records and unveiled her new nickname ‘Pokolee’.

13. Pokolee has been rumored to be affiliated to several guys in the Nigerian entertainment industry,people like Wizkid,Don Jazzy and D'banj.

14. In 2015, Tonto Dike revealed on her Instagram page that she was dating Olakunle Oladunni,also known as ‘Churchhill’ who was a popular Lagos Socialite.

16. Because of her name,people think Tonto Dike is from the Igbo tribe,Pokolee is actually from Rivers State and is of the Ikwerre tribe not Igbo.

17. Her nicknames include Poko,Pokolee,Tontolet and Mama King.

--
---
18. Apart from being an actress,Poko is also a self acclaimed singer,songwriter and Philanthropist.

20. Tonto has her own record label titled Poko Entertainment after announcing her departure from DB records in 2015.

22. In 2016, Tonto Dikeh celebrated after she clocked one million followers on Instagram.

23. Tonto Dike's marriage hit the rocks after he accused her husband Oladunni Churchill of infidelity.

24. Tonto went ahead to accuse her husband on social media,these claims however has not been verified.
25. Some of the movies she has starred in include:
26. Currently Tonto Dike is rumored to be dating popular Malaysian based Nigerian named HushPuppi.