Top 13 Richest Footballers In The World 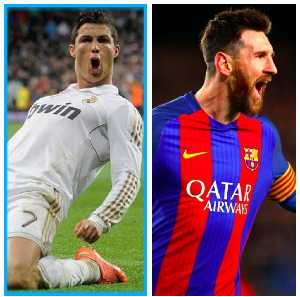 As a soccer or football fan,I guess you must have asked who is the richest football player in the whole world?

Currently football business is worth billions of dollars and is the most popular sport in the world,the sport earn money from TV revenues and sponsorship deals from different world brands.
--
---
Also these world players are allowed to sign different sponsorship deals and endorsement which helps to enrich them even more.

PSG broke a world record by signing former Barcelona talisman Neymar for a mouth watering fee of over £200 million pounds coupled with other adverts and endorsement deals Neymar has signed. There is no doubt that these pro athletes are making a lot of money.

Today I bring to you the The 13 richest footballers in the world,lets check it out.

Top 13 Richest Footballers In The World

According to Forbes,Luis Suárez is worth £31million pounds,he also has sponsorship deals

Cesc gets paid by Chelsea around £8.1 million a year,he also has a Puma football boot deal that brings in cash totaling up to £35 million.

David gets paid £10.4 million a year from Manchester City,he also has an Adidas boot deal worth £5 million.

The legendary Chelsea defender joined Aston Villa for about
--
---
£4 million a year deal and is currently worth £39 million making him the 10th richest player in the world.

Manchester City's forward Sergio Agüero is paid £10.4 million a year by Manchester City,apart from that he also earns an extra £14 million from endorsements and sponsorship from Puma and Pepsi.

Yaya is worth about £43 million pounds,according to reports he was earning £10.4 million a year but that was reduced by 50% because he didn't want to leave Manchester City.
--
----
He is ranked among the Top 3 richest African footballers in the world.

Neymar broke a world record by signing the biggest football transfer of all time.

He left FC Barcelona because they didn't accept his request for a salary increase,he then joined Paris Saint-Germain PSG.

Neymar earns £26 million per year from that contract and apart from that,he will receives salary from his  sponsors like Nike, Panasonic, Red Bull Etc

Gareth Bale earns about  £18.2 million yearly from Real Madrid and his contract is going to last till 2022.

The Welsh forward also has sponsorship deals with  with Adidas,Sony,Footlocker Etc which are estimated to be worth around £9 million.
--
---
5. Eden Hazard- Chelsea FC - net worth £77 million

Whenever you mention the name Wayne Rooney what comes to your mind is 'Manchester United' but the striker has long left Man U,and now plays for Everton and earns £7.8 million per year.

Zlatan is among the Top 3 richest footballers in the world. He is expected to renew his deal at manchester united when he recovers from injury.

--
---
The Swedish man has a lucrative Nike contract and even patented his own name in Sweden.

The football god Lionel Messi is speculated to be earning about half a million every week.

He also has sponsorship deals with brands like Adidas,Pepsi, Gillette, and Turkish Airlines which translates to more money for the Argentina team captain.

Ronaldo has sponsors like Nike,Tag Heuer,and Armani and also his own CR7 brand which sells after shave and clothes.