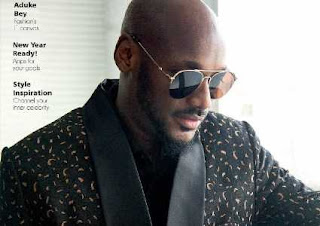 In this post we shall quickly take a look at the current 2019 net worth of one of Nigeria’s top artist that goes by the name 2Face Idibia.


2face has been in the Nigerian music industry for over 15 years and has won a number of awards.

Most of his contemporaries have already quit music or but the man from Idoma tribe has found a way to still remain relevant in the Nigerian music industry.
--
---
Before we proceed to estimate 2Face Idibia's current net worth this year,let's quickly take a look at some of the impressive details and facts about 2Face.

2Face is also a savvy businessman,this has helped him to invest some of the money he made through music.

2baba has a record label called Hypertek Entertainment.
This record label is estimated to be worth millions of Naira.
Mr Innocent also has a very functional and lively Nightclub called Club Rumour.
--
---
This investment generates income for the singer money on a regular basis. 2Face is one of the most respected musicians in Nigeria,a lot of up coming artists describe him as a very humble and accessible celebrity.

Another fact that makes 2face to be bankable is the amount of money he collects per show,which some people estimate to be from about N800k - N1.3 million per show.

With over 2 million followers on Instagram,2face also run adverts and he gets paid as well.

We also know that celebrities also make money from endorsements and deals,2face hasn't been eluded from endorsement and deals as a matter of fact in 2010, 2face bagged an endorsement deal with Airtel estimated to be worth around N20 million Naira.

He also signed an endorsement deal with Guinness Nigeria back in 2005 which was estimated to be worth millions of Naira.

He also generates revenue from online music platforms such as  iTunes, YouTube and Spinlet.
2face has released up to 6 albums since he started his music career and has also sold thousands of albums in Nigeria and other countries.

He also revealed that he has a knack for real estate and he loves to acquire properties.
--
---
With all this revelations about the source of wealth of 2face and his endorsements,the question still unanswered is what is the current net worth of 2Face Idibia?

According to Hotvibes Media,2face Net Worth is estimated to b worth around ₦ 700 Million Naira.

Most often,we tend to estimate an artist's worth from the number of houses and cars which are material possessions.

2face has a house in the Lekki area of Lagos state,this is actually one of the many properties belonging to 2face as he is not one of those artiste that run to showcase their properties on social media.

--
----
2face also has an eye for cars as it been said that he has a number of expensive cars,including vintage cars.

He is also rumored to have a yellow colored Chevrolet, a white Ferrari coupe which was supposedly gifted to him by a friend and some other nice cars.