The Richest King In Africa 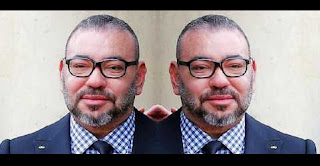 According to Forbes publication,the richest king in Africa is from Morocco.

In this post we shall reveal some which facts about the richest king in Africa and his current net worth.

--
---
In a lot of countries in the world,the idea of having a king has been scraped,however in Morocco and a few other countries,the practice is still valid,in fact the king has the highest constitutional power in Morocco.

The Richest King In Africa