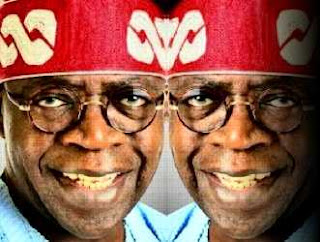 Bola Tinubu might not be the president of Nigeria yet but
when Nigerian politics is being mentioned,his name cannot be left unmentioned.

He recently made a statement which stirred a controversy,he said that a state in Nigeria called Osun state is not as wealthy as he is,meaning that he is richer than a state in Nigeria,he made this statement while campaigning for an APC gubernatorial candidate in Osun State,Bola Tinubu is the current national leader of the ruling All Progressives Congress (APC).

--
---
The Jagaban as he is fondly called is a seasoned politician and one of the richest men in Nigeria today,in this article we shall take a quick look at the current estimated net worth of Bola Tinibu and some quick facts about the former governor of Lagos state that you probably never knew.

Nigerians living in Lagos usually say that Bola Tinubu owns half of Nigeria's economic powerhouse which is Lagos state,listed below are a few real estate properties and companies believed to be affiliated to the Jagaban,however he has never confirmed ownership of these properties.

Hotvibes Media estimate that Bola Ahmed Tinubu have a net worth of $8 - $10 Billion US Dollars which is approximately N3.6 - N4 Trillion Naira.


What do you think about Jagaban's estimated net worth? Leave a comment below.