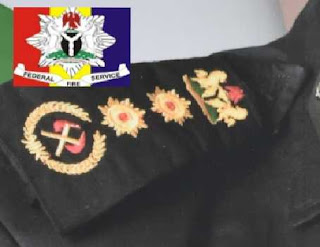 In this post we are quickly going to reveal how much
officers of the Federal Fire Service receive on a monthly basis.

According to the Federal Fire Service,it's primary aim is to ensure safety of lives and property by extinguishing, control and prevention of fire outbreak through regulation,training,enforcement,public enlightenment programmes and impact reduction during emergencies through adequate preparedness.

The Federal Fire Service is listed among other paramilitary organization which is under the Supervision of the Minister of the Federal Ministry of Interior in Nigeria.

Newly recruited fire service officers earn lower than other high ranking officers,however the amount of money earned by is expected to increase with promotion and experience.

The current estimated salary earned by graduate fire service officers is between ₦ 49,999 - ₦ 120,000 per month (After Tax)* excluding allowances.

The Nigerian Federal Fire Service is considered as one of the para-millitary forces in Nigeria and hence it's officers as paid using the Consolidated Para-military Salary Structure (CONPASS).