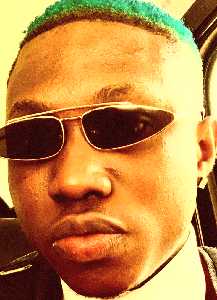 Zlatan Ibile is a talented Nigerian musician and record
producer. He is known for making popular his own street dance called Zanku or leg work.


In this post we shall quickly take a look at some of the quick facts about Zlatan Ibile such as his
--
---
biography,age,cars,state of origin,phone number for booking,record label,net worth and the meaning of zanku.

Zlatan took interest in music after following his friend to the studio,he also played drums in his local church.
The talented rapper bagged a degree in Business
--
---
Administration from Mashood Abiola Polytechnic,while he was still in school he won a rap competition organized by Airtel (One Mic Campus Tour) in his tertiary institution.

Q: Meaning Of The Word 'Zanku'?

Ever wondered the meaning of the word 'zanku' which is the name of Zlatan's street dance?

He is also known for saying ''Kapaichumarimarichopaco'' which is his catch phrase in his songs.

Zlatan Ibile became famous on the internet when he decided to help internet sensation Segun Wire,midway
into the relationship Zlatan retrieved his steps after he was attacked by people believed to be affiliated to Segun Wire’s family.

It was also rumored that Zlatan collected all the items he bought for Zlatan following their split.

Zlatan got a much boosted hype from Davido when he was still an upcoming artist.
--
----
The DMW boss released a video of him dancing to Zlatan's song titled 'my body'.

The video clip automatically went viral,according to Zlatan he later sent Davido a thank you message after the clip generated over 1 million views.