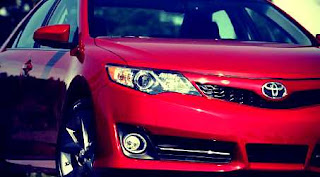 Toyota Camry is a car that is very popular in Nigeria,as a
matter of fact the vehicle is ranked among the top 3 most popular cars in Nigeria.


The Toyota Camry is manufactured by a Japanese manufacturer called Toyota.

Toyota has been manufacturing Camry since 1982,back then the Japanese car giant began its first  production of the first generation series of Camry at the Tsutsumi plant.
--
---
Toyota Camry is now used around the world. The name "Camry" actually means "crown" which is the phonetic transcription of the Japanese word ''kanmuri''.

In this article we are quickly going to take a look at some of the most popular Toyota Camry models in Nigeria and their current cost price.

Listed below are some of the most popular Toyota Camry names and their nicknames in Nigeria.

There are several factors that determine the price at which a Toyota Camry car will cost such as year of manufacture,mileage etc,for example a brand new 2018
--
---
Toyota Camry car that is a newer model might cost over 20 million Naira,however most Nigerians don't buy brand new vehicles but prefare to buy a foreign used vehicle popularly called 'Tokunbo' or buy an already used Camry in Nigeria.

See Also: How To Write A Change Of Car OwnershipAgreement Letter (Sample)