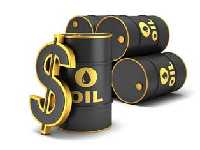 No doubt, Africa is blessed and rich in natural mineral resources,16 of the total 54 countries in the continent are strong exporters of oil.

-
-
The continent has a heavy presence of foreign oil explorers like Shell,Chevron,Schlumberger Etc

Lets quickly take a look at some of the top producers of oil in Africa,starting from the 10th position.

South Africa holds down the 10th position with an average of 190,000 barrels of oil in a day.

--
---
South Africa is also among the strongest an richest economies in Africa.

Gabon is an country located alonng the Atlantic coast of Central Africa.The country has a lot of diverse rich wildlife and also has an abundance of oil.

With an average production of about 241,700 barrels of oil in a day,Gabon holds down the 9th position as one of the largest oil producer in Africa.

8. The Republic of Congo

Despite the civil wars and Congo militia conflicts that has plagued the country,this oil rich African
country still manages to produce large quantities of oil and holds down the number 8 spot.

The country’s oil industry produce an average of 346,000 barrels everyday.

Sudan is the sixth largest producer of oil in Africa.
The primary importers of Sudanese oil are Japan, China, South Korea, Indonesia, and India,oil is the most important source of income for Sudan.

Egypt has the sixth largest proved oil reserves in Africa and one of the top oil producers in the continent. Egypt produces about 600,000 oil barrels a day.

The pharaohs exports only 89,000 barrels a day, which allows most of it's oil to circulate in its domestic market.


--
---
Egypt is the fifth-largest oil producing country in Africa.

Libya's first productive oil well was struck in 1959 at Amal and Zelten,now known as Nasser.

Oil reserves in Libya are the largest in Africa and among the ten largest globally with 46.4 billion barrels as of 2010. Libya's Oil production is 1.65 million barrels per day.

With the quantity of Libya's oil reserve,it means that Libya currently has the reserve to last 77 years if no new reserves were to be found.

Libya is the fourth largest oil producer in Africa.

Algeria is among the top 3 largest producer of oil in Africa with a statistic that shows that Algeria produces about 2.5 million barrels per day.

Located on the Atlantic coast in the southern part of Africa, the Republic of Angola is the second largest oil producer in Africa.

The country has a population of about 27.5 million people. Angola produce about 1.69 million barrels of oil in a day. Angola once overtook Nigeria as the largest producer of oil in Africa.

Nigeria currently produce about 2.53 million barrels (402,000 m3) per day and is the current largest producer of oil in Africa.


This has dropped from the usual production capacity of over 3 million barrels per day.

Nigeria also has the 2nd largest oil reserves second to Libya. Nigeria is also a major supplier of oil to the United States.

--
----
Despite all the natural resources and wealth abound in Africa,most citizens of African Nations are still impoverished.