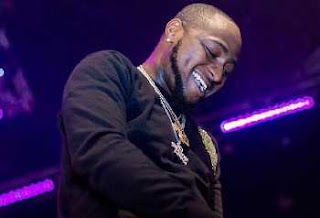 He is currently one of the hottest artist in Nigeria
and also in Africa.

Davido as he is popularly called is one artist that has been consistent and has proven to his fans and critics that he is indeed not a one hit wonder.

--
---
This article contains quick facts and details about Davido that you probably didn't know about him.

Davido was born David Adedeji Adeleke on the November 21, 1992 in Atlanta,Georgia,USA,he relocated back to Nigeria at a very tender age,apart from being a singer,he is also a recording artist, performer and a music producer.

Davido was formerly in a group called KB international in America,after realizing that it just wasn't working out,he decided to go solo.

In 2011 Davido's hit single titled "Dami Duro" brought him into the limelight. He is also a co owner of the music label HKN Music.

In 2013,Davido's viral song and dance titled ''Skelewu" was a monster hit,he went ahead to organize a dance competition with a cash prize of $3000,before then he uploaded an instructional dance video onto YouTube and asked fans to upload videos of themselves dancing to "Skelewu",days later Davido announced the winner of the competition.
--
---
The Afropop crooner has also produced some songs for some of Nigeria's biggest artists like Tiwa Savage,Naeto C,Skales Etc.

Davido is affiliated to major record labels such as Sony,RCA & DMW.

In January 2016 he officially signed a record deal with Sony Music,few months after he floated his own record label called Davido Music Worldwide (DMW),he immediately signed Dremo and Mayorkun to his new label.

His debut album ''Omo Baba Olowo'' was released in 2012,and also featured top Nigerian artists like Naeto C,the album had some hot hit singles like "Back When" "Dami Duro" "Overseas" "Gbon Gbon" Etc

Davido's father is Chief Deji Adeleke while his mother name is Vero Adeleke.

Davido's father is a successful and rich business man while his late mother was a university lecturer.

In 2012, a picture surfaced online,he was pictured in bed with a ho*ker in bed,later that same year another ho*ker released another picture of herself and Davido.

In 2015,Davido and his baby mama Sophia Momodu were engaged in a custody battle of their daughter  Imade Adeleke.

Davido's baby mama Sophia Momodu filed a petition against the Adeleke family where she stated that the Adeleke's family were preventing her from having access to her daughter and also trying to flee Nigeria with her baby,the situation was later resolved,Davido later issued an apology to Dele Momodu,the cousin of Sophia Momodu and insisted that all the allegations were false.

Davido also shaded the Nigerian Immigration Service (NIS) after missing his flight to London,he accused the NIS of trying to extort money from him,the NIS promptly denied the accusations and stated that Davido didn't have the proper travel documents.
--
---
In 2017,Davido welcomed his second daughter named Hailey Adeleke from his Atlanta based baby mama named Amanda,currently the singer has two daughters from two baby mamas.

Davido acquired a N140 Million mansion for himself in the Lekki Phase 1 area of Lagos at the age of 20,he also has some landed properties outside the shores of Nigeria,the singer also has a number of expensive choice cars.

Davido has received a total of 42 awards from 84 award nominations.
He has won the following awards:
Image Credit: Davido
Labels: CELEBRITIES MUSICIANS