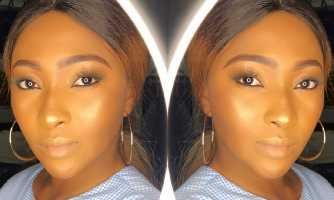 --
---
as her age,family,movies,nominations,siblings,
wedding,date of birth and some other facts that you probably never knew.

Lilian Esoro is a Nollywood actress that hails from Imo state Nigeria.

The talented actress was born on the 13th of February 1982,she is currently 36 years.

She is the youngest in a large family of 30.

Lilian grew up in Lagos,her tertiary education was at bida polytechnic where she studied integrated science,Lilian ventured into Nollywood in 2006,since then she has featured in a number of movies,soap operas and series.

Apart from being an actress,she is also a hair stylist, an event planner,a businesswoman and a television personality.

--
---
Lillian gained attention when she starred in the soap operas called 'clinic matters' where she played the role of a nurse named Abigail.

She received her first major nomination for Best Actress in a Comedy at the 2013 Africa Magic Viewers Choice Awards.

Esoro got married to TripleMG CEO Ubi Franklin on 1 November 2015,the union resulted in the birth of a son before the couple divorced,Ubi Franklin and Lilian are currently co parenting their son.

Before her marriage to Ubi Franklin,she was previously married and had two kids from the marriage.

The actress was also once affiliated to Kenneth Omeruo.

Lilian Esoro has also bagged a couple of endorsements,she is a young stars ambassador,and also the brand ambassador of Dunes Abuja which is a luxury shopping centre.

The beautiful actress is also the the CEO of Goldie Locks Hair Salon situated in Abuja.

You can view more beautiful pictures of Lilian Esoro on her official Instagram account which is @lilianesoroo.