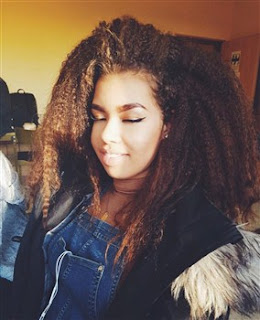 Today I bring to you the Top Ten African countries

with the most natural beautiful women on Gods green earth.

There is no place like motherland Africa. the cradle of the earliest civilization known to man.

Africa is home to over one billion people,with over three thousand different languages spread across the continent.

Africa is the world's second-largest and second-most-populous continent.
-
-
The African continent contains 54 countries, nine territories and independent states with limited or no recognition.Most Africans  women are know to have beautiful chocolate ebony black skin.

From Africa's largest populated city Lagos to Johannesburg to Nairobi and other African cities,one thing stands out and that is the undeniable fact that African women are beautiful in all ramifications.

I have traveled to most part of Africa,so I decided to compile a list of the countries with the most beautiful women in Africa.

This is my own personal compilation based on my own assessment of physical beauty and personal interaction with some of this beautiful ladies and also an online poll conducted,where I asked people to select ten African countries with the most beautiful natural women out of 54 countries.


This poll was conducted on hvm sister blog,people from around the world voted their favorite African countries.

The votes were counted and hence the result of the votes coupled with my own personal judgement helped in the compilation of this list.

Honestly I didn't expect Seychelles to make the list,but surprisingly it received a lot of votes from tourists around the world.

Seychelles is an island country located in the Indian Ocean,one of the smallest countries in Africa. Its capital is Victoria.
--
---
Their beautiful women are raised to be strong and dominant, they also take charge when it comes to taking care of the children and managing household expenditures unlike most African countries where the man is in charge and the head of the household.

Majority of The women are also educated which is a big plus,The women of this small island nation also hold equal power and rights when it comes to political appointments in their country.

Seychelles has one of the most beautiful tourist location and attraction in the world with naturally looking beautiful ladies,a visit to this island nation will definitely convince you.

One of the Arab countries located in Africa.Tunisia is a North African country with beautiful women,however Tunisia is an Islamic state which ensures strict abidance
--


---
to Islamic laws,that doesn't change the fact that Tunisia has a lot of beautiful African women.

The number eight spot goes to Kenya.This East African country has its coastline on the Indian ocean.

It is also home to wildlife like lion,elephants,rhinos and yes it is home also to natural beautiful women from Africa.Its capital city is called is Nairobi.


Located in The horn of Africa.

Ethiopia has the 2nd largest African population.It has never been colonized.its one of the oldest empire on earth with its capital addis ababa,other cities include nazret,awasa,gambela etc.
--
---
Ethiopia has a lot of beautiful women with glowing beautiful skin color,still in doubt? Just book a flight to addis ababa and see for yourself.

One of my favorite African country with beautiful women.Ghana is located in west Africa,it is also known for its secluded beaches, coastal towns and rich wildlife.

Ghanaian women are known to be beautiful,charle a visit to Accra will make you duff your hat in appreciation.

Coming in at number 5 is Morocco. A visit to this north African country will blow your mind.
Now I know why hip hop artists always rap about beautiful belly dancers from morocco.
Light skinned and sleek as a silk.

Moroccan women in Casablanca are highly attractive and charming,very hospitable and most of the beautiful women don't cover their faces with hijab or a veil, tho most of them do tie head scarfs.

The rainbow nation comes in third and among the top 3 countries with the most beautiful women in Africa.

South Africa is the southernmost country in Africa. It is also a multi-ethnic society that breeds some of the most natural beautiful women in the world. South Africa's Miss Rolene Strauss won the Miss World title in 2014.

A trip to Johannesburg will convince you.


Located in northeast Africa with its capital being Cairo.Egypt is home to beautiful light skinned African Arab women.

The historic and legendary Cleopatra VII was known to history as the last active pharaoh of Ptolemaic Egypt,her allure,charm and beauty was said to be fascinating,now we know where her present day female descendants got their beautiful genes from.

Holding it down at number one and the
The title of the black nation with the most natural beautiful women on earth goes to Nigeria.

Nigeria is an African country on the gulf of guinea, the most populated black nation on earth with over 200 million black people.One in out of seven African is Nigerian.

Nigerians are found literally in almost all corners of the world.
--
----
With a predominantly black population of over 200 million people and over 250 diverse ethnic groups and different cultures, Nigeria is filled with natural beautiful women.

A visit to Nigerian cities like Owerri,Lagos,Abuja and Enugu will convince you.