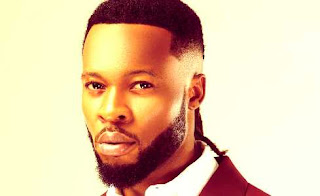 This article contain the current estimated
net worth of Flavour N'abania this year.


Flavour grew up in Enugu state Nigeria although he is from Umunze Orumba South LGA,in Anambra state.


The talented musician is the first son of his family,he has 4 siblings and 7 step siblings.


Flavour showed interest in music when he was 13 years,back then he was a drummer for his local church choir in Enugu.

He was given the opportunity to study music for 3 years after his church pastor introduced him to the CEO of SoundCity. Afterwards he became a professional drummer and a good keyboardist,Flavour also started providing backing vocals for other musicians at SoundCity.

He is also who known for his ability to sing fluently in the Igbo language which is his native language.

Some of his songs include:-
Some of his awards include the Channel O Music Video Awards,Nigeria Entertainment Awards,African Muzik

According to Hotvibes Media,Flavour N'abania is estimated to have a current net worth of $2 Million USD,which is approximately N723 Million Naira.

What do you think about his estimated net worth?
Leave a comment below.