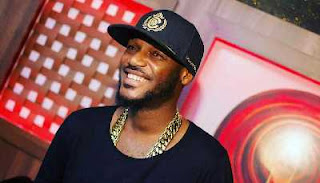 One of Nigeria's famous and well know act
popularly known as 2face is one of the
most popular and influential artist from Nigeria and Africa.

Born Innocent Ujah Idibia in Jos Plateau State Nigeria,he has carved his name into the heart of most Nigerians who regard him as one of the living legends in Nigerian entertainment industry.

2baba has paid his dues,however there are some facts

-
-
about him that you never knew.

Tuface Idibia is from the Idoma ethnic group in the southern part of Benue State, in central Nigeria.Born 18 September 1975,the 41 year old R&B, hip hop, reggae and Afrobeat star has been in the music industry since 1994.

2face has experienced so many near death experiences and has survived it all.

Upon graduation from high school He enrolled at a polytechnic called the Institute of Management & Technology, Enugu popularly known as (IMT) where he did his preliminary National Diploma course in business administration and management.

While studying at While IMT Enugu, 2face continued to pursue his passion.

He he performed at school organised shows and parties,and also had gigs at other nearby universities such as the University of Nigeria UNN and Enugu State University of Science & Technology ESUT.

Idibia also started composing and singing jingles at the GB Fan Club at Enugu State Broadcasting Services (ESBS) way back when he was still studying in IMT,in the year 1996.

2face couldn't cope with going to school and pursuing his music career.

--
---
He eventually dropped out of Institute of Management and Technology IMT to pursue his music career.

He moved to Lagos and started performing with rapper Blackface (Ahmedu Augustine Obiabo) who he met while studying at IMT.

With Blackface already in the loop, musician Faze whose real name is (Chibuzor Oji),joined Tuface and black face and the trio went ahead to form the band Plantashun Boiz.

Tuface 2baba Idibia has a lot of hit songs songs,one of his most famous tracks is 'African Queen'

Some of his popular songs and albums are listed below:
2face Albums:

6.How The Name 2face Was Gotten

Earlier in his career,he adopted the stage name 2Face (Tuface).
He however stated that the reason for choosing the name was because he wants to to demarcate his personal life from his business life.

Innocent Ujah Idibia years later when he became an accomplished singer-songwriter, record producer and entrepreneur decided to officially discontinued the use of the name 2face (Tuface) and selected 2baba or Tu-baba as his stage name.

Tuface has won many prestigious awards both locally and internationally.

Some of his awards include one MTV Europe Music Award, one World Music Award, five Headies Awards (Hip-hop award), four Channel O Music Video Awards and one BET award for his musical work, four MTV Africa Music Awards, one MOBO award, one KORA award, and numerous other nominations and awards.

What people do not know is that 2Face has established an NGO called 2Face Idibia Reach-Out Foundation,whose motto and mandate is "service to humanity".

2Face was also appointed as an ambassador by the National Agency for Food and Drug Administration and Control NAFDAC in 2009.

He is also an Ambassador for the Nigerian Red Cross,Guinness, Nigerian Breweries etc

He also went ahead to release a song he titled "Man Unkind" to raise awareness on the ills of fake and sub-standard food and drug products circulating in Nigeria.

9. He Married His Childhood Sweetheart

2face Idibia got married to his long time girlfriend Annie Macaulay in 2012.

They later jetted off to Dubai for the white wedding followed with a Nigerian traditional wedding in Eket, Akwa-Ibom State Nigeria in 2013.

He celebrated his 40th birthday in an All Star Tribute Concert, which he named as #FORTYfied.

He ended up going back to marry his current wife, Nollywood actress Annie Macaulay,whom according to

--
----
sources they met at a recording studio named Even Ezra Music Studio when they were both teenagers.

2face called on Nigerians from social media to come out and protest against the Government of President Buhari.

He urged Nigerians to make use of any of the hashtags #IStandWith2Baba #IStandWithNigeria #OneVoiceNigeria on social media.