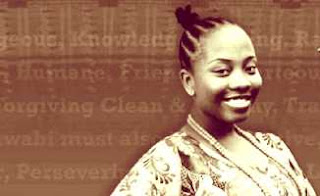 Let's quickly check out some quick facts
about the Yoruba Ethnic Group of Nigeria.

The Yorubas are one of the 3 major ethnic group in Nigeria.

Top Facts About The Yorubas

1. Majority of the Yorubas live in Nigeria
West Africa they make up about 21% of
Nigeria's population.


2. They are one of the largest ethnic groups
in Africa apart from Nigeria they can be found
in other West African countries such as Ghana,
Benin,Ivory Coast,Sierra Leone etc.

4. Lagos state which is a Yoruba city is
one of the most populous city in Africa.

5. Yoruba are mostly Christians or Muslims.

6. The Yoruba ethnic group were one of the first
groups in West Africa to be introduced to
Christianity by the Portuguese.

Examples of Yoruba pastors include Enoch
Adeboye of the Redeemed Christian Church
of God.

Pastor David Oyedepo of Winners Chapel,
Prophet T. B. Joshua of Synagogue Church
of All Nations,Pastor Tunde Bakare of Latter Rain
--
---
Assembly,William Kumuyi of Deeper Christian
Life Ministry and Dr. Daniel Olukoya
of the Mountain of Fire and Miracles Ministries.

10. The Yoruba ethnic group are known to be
among the ethnic tribe that has one of the
highest dizygotic twinning rate in the world.

12. Outside Nigeria,Yoruba people can be found mostly in the UK,Canada,US,Cuba,Brazil,Latin America and the Caribbean